In 1838, a group of the citizens of this community went to hear Alexander Campbell preach near Smiths Grove, Kentucky. They were so inspired by his plea to return to simple New Testament Christianity, that they organized the Mt Pleasant congregation. Soon a log meeting house was erected in which to worship. The seed of the gospel had been planted on the Mt. Pleasant hill. By 1848, this “seed” had grown to forty members.

Even during the Civil War, the gospel did not cease to be preached from this church. In August of 1864, a gospel meeting resulted in twenty three baptisms and seven restored!! 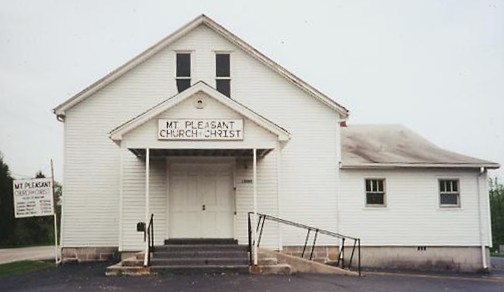 Mt. Pleasant’s 150th Anniversary services took place on May 15, 1988. Speakers for the special services that day were E. G. Nash and Woodrow Hazelip(former ministers). Former members and ministers from eight states were also in attendance. 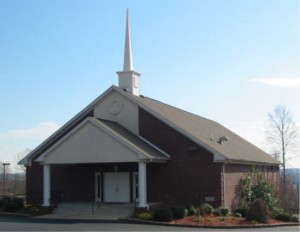 In 1998, the new brick church building was completed replacing the white frame building. 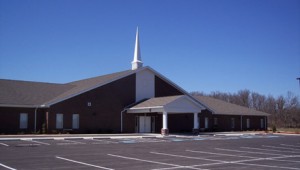 The first church services in the new building took place on July 12, 2009. Attendance for that day was 315. The dedication of the new structure was on July 19, 2009 with special services that afternoon. During the special services, the Austin Raymer family was honored for donating the land plus the building committee was honored for their work with the day to day efforts overseeing the project. Members of that committee were: Mark Young, Chris Young, Willard Raymer, L.W. Jackson, Sam Haynes, Eddie Harlow, Brian Raymer, Andy Wagoner, Kenny Johnson, Gary Miller, Lee Hughes, Doug Depp, Matt Williams, Brian Martin and Travis Young